Treyarch has this week announced that it is currently developing a version of its highly anticipated new game Modern Warfare 3 for Nintendo’s Wii Console. Following in the footsteps of other titles such as Black Ops and Modern Warfare Reflex. The Wii will now get its own version of the game developed by Call of Duty veteran Treyarch, the team behind both previous Wii Call of Duty releases. 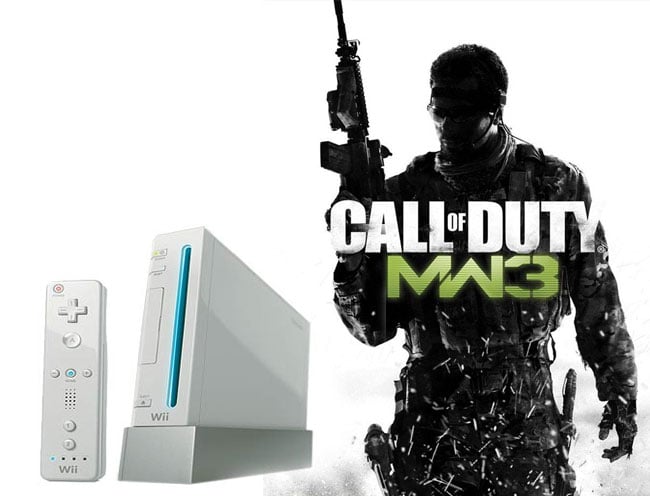 Robert Bowling explained on the One of Swords podcast :

“The Wii has grown so much as a platform,” – “The great thing is Treyarch proved that you can have an awesome experience on the Wii with Call of Duty. They’ll actually be handling that for Modern Warfare 3.”

Source: Joystiq : One of Swords