Transferring data from device to device it becoming easier all the time and now Toshiba has updated their TransferJet adapters to support micro-USB ports.

Toshiba has also announced that they are currently developing a new TransferJet smartphone module that will hopefully be launched very soon, allowing data to be easily and securely transferred via Bluetooth. 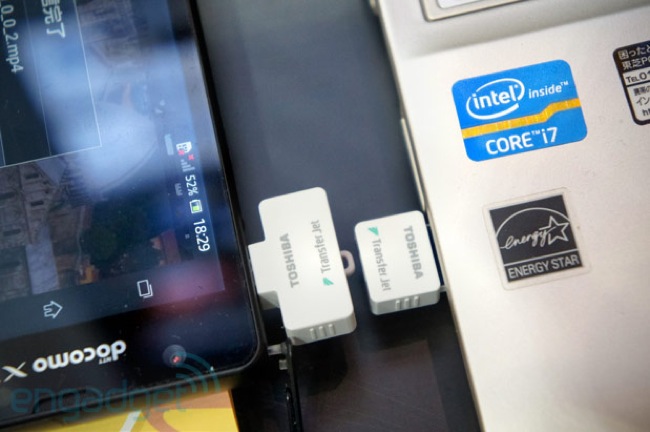 Toshiba unveiled its then new TransferJet technology and adapters back at the beginning of this year during the Consumer Electronics Show in Las Vegas.

Toshiba TransferJet has been created to provide users with a way of transferring data over short distances very quickly and is faster than Bluetooth but can’t be used at a distance of more than few centimetres away. Toshiba TransferJet adapters cost roughly $100 and you will obviously need two adapters to transfer files.