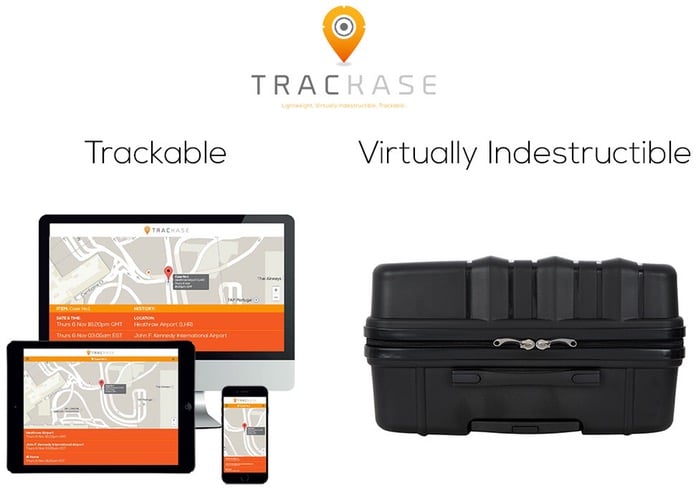 Losing your luggage while travelling can be a real problem and sometimes spoil your vacation or trip away. Stephen Sacks has created a new range of luggage that are virtually indestructible but also more importantly trackable by your computer, tablet or smartphone using a companion application.

Trackase is a range of lightweight trackable luggage that has been designed to survive practically everything airports can throw at it but is also equipped with tracking technology updating you about its location.

“Ever had that sinking feeling at the baggage reclaim when your case fails to make an appearance? You’re not the only one. Last year, a mind-boggling 21.8 million bags were mishandled by airlines worldwide. That’s the equivalent of 7 in every 1,000 passengers finding their bags delayed, damaged or lost at the end of a flight.*

That’s why we’ve developed Trackase: lightweight luggage that’s tough enough to stand up to pretty much anything you can throw at it (including an SUV, FYI) and equipped with tracking technology so you can monitor its location on your smartphone.”

The Trackase project is currently over on the Kickstarter crowd funding website looking to raise £30,000 in pledges to make the jump from concept to production. So if you think Trackase is something you could benefit from, visit the Kickstarter website now to make a pledge and help Trackase become a reality via the link below.