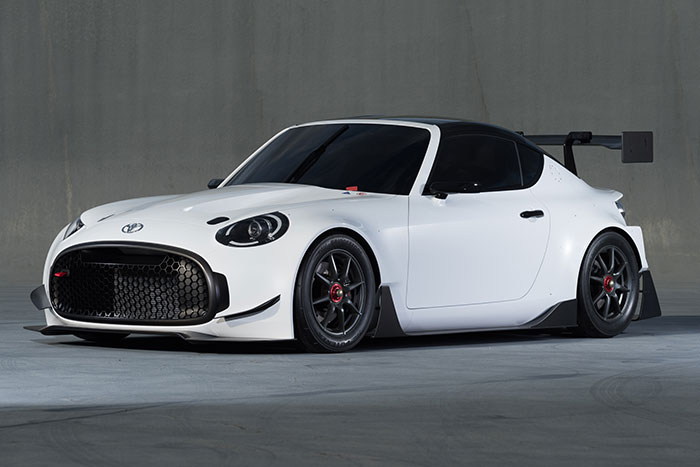 The first S-FR concept that we saw was a bright yellow car that was too rounded and cutesy for my tastes. The latest version of this Toyota concept is much more angular, athletic, and ready to hit the racetrack. The S-FR Racing Concept has flared fenders, hood vents, carbon fiber reinforced plastic canards on the bumper, and a big rear wing.

The car was made for the Tokyo Auto Salon 2016, which is sort of a Japanese SEMA show. The concept presumably has the standard little four under the hood that was noted in the original concept. Other than the images, not much in the way of detail is given on the S-FR Racing Concept.

I would certainly drive this thing on the track, give it 200hp and track worth suspension and it would be a blast. The small little car is a bit larger than the Mazda Miata, but smaller than the FR-S that is sold as a Scion model. Here’s hoping that Toyota actually builds the S-FR and makes the racing version a package that fans can purchase. Toyota also has several other concepts on display at the show.