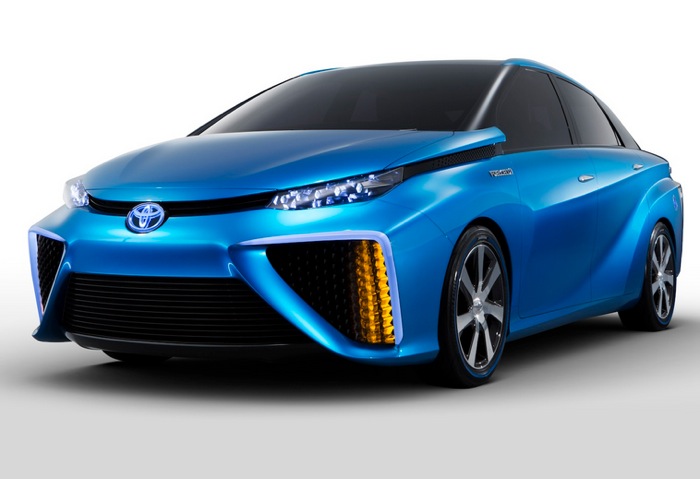 Toyota has today taken the wraps off the exterior design and styling of its new Toyota hydrogen powered car, that will be launching in Japan before April 2015 and which is expected to launch in the US and Europe sometime during the summer months of next year.

The Hydrogen fuel cell used within the Toyota car is expected to compete with the environmentally friendly electric powered Tesla cars and has been priced accordingly at approximately ¥7 million or $68,674.

With the ever depleting oil reserves becoming smaller and smaller, hydrogen is becoming a popular alternative fuel due to the ability for it to be produced using a variety of primary energy sources including solar and wind power. Toyota explains a little more :

“When compressed, it has a higher energy density than batteries and is easier to store and transport. In addition to its potential as a fuel for home and automotive use, hydrogen could be used in a wide range of applications, including large-scale power generation.”

Toyota has been developing hydrogen fuel cells for more than 20 years that have been designed to generate electricity from the chemical reaction between hydrogen and oxygen.

For more details on Toyota’s first hydrogen powered car jump over to todays press release by the company or watch the brief video below to see the car’s exterior design.