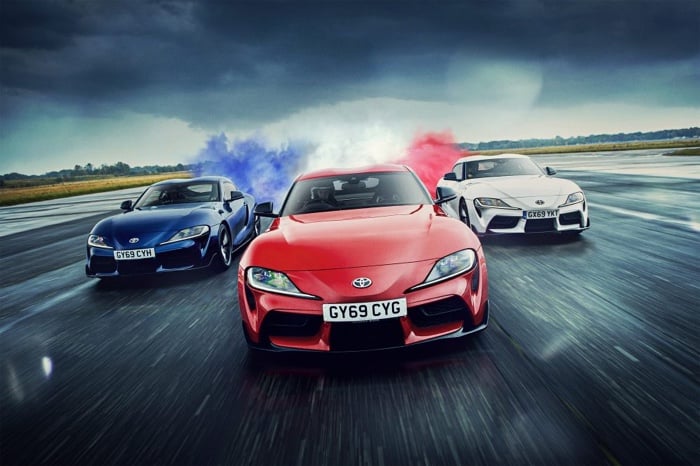 Toyoyta has used their GR Supra to created the Red Arrows on the road, they have released a video of the cars in action which you can see below.

The video below shows some impressive driving using the Toyota GR Supra and there is also a second video showing how it was created.

Taking the wheel was a team of expert drivers from Paul Swift Precision Driving, whose mastery of car control proved perfect for recreating the stunts.  To add to the visual drama and in a tribute to the world’s finest flying aces, each car was fitted with a coloured smoke system in red, white, and blue. The combination of driver skills and car quality is witnessed in a routine which sees the vehicles executing co-ordinated group and solo manoeuvres, wing mirror to wing mirror, with just inches of clearance.

You can find out more details about the Toyota GR Supra over at Toyota’s website at the link below.