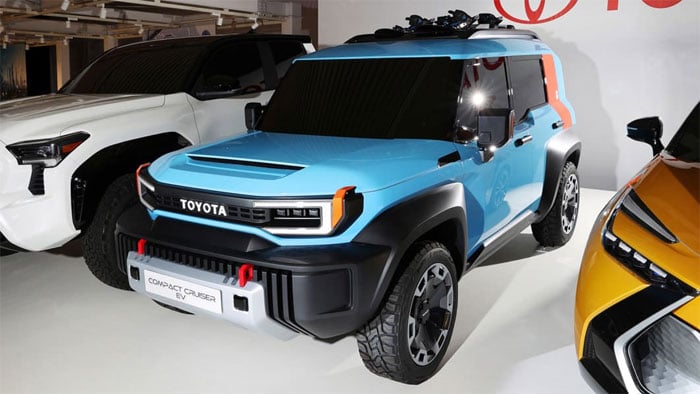 Toyota recently showed off a fleet of electric vehicles that it plans for the future, and one of the coolest of all looks a lot like its popular and discontinued FJ Cruiser. The small EV is called the Compact Cruiser EV. It’s much smaller than the original FJ Cruiser and looks well-positioned in the crossover space.

It’s got a square design that reminds me more than the little of the new Ford Bronco. The front has LED headlights and familiar Toyota styling that looks quite good. We certainly hope Toyota builds this and makes it a production vehicle.

An attractive and affordable electric vehicle from Toyota would be a hit. We are glad to see Toyota building an attractive electric vehicle as the company has a history of making its green vehicles rather odd-looking. Unfortunately, there’s no confirmation that the vehicle will go into production, but we hope it does, and the production version looks just like the concept.