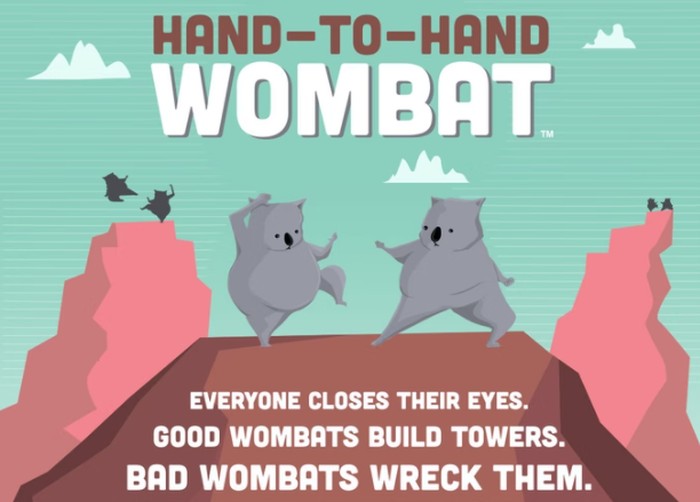 Fans of the Exploding Kittens card game may be pleased to know that the creative team has launched their new game entitled Hand-to-Hand Wombat. Offering players a game that requires teamwork, towers and troublemakers! Once again launched via Kickstarter campaign has already raised over $360,000 thanks to over 6,500 backers with still 28 days remaining. Specially priced early bird pledges are now available for the unique project from roughly $22 or £17 (depending on current exchange rates). 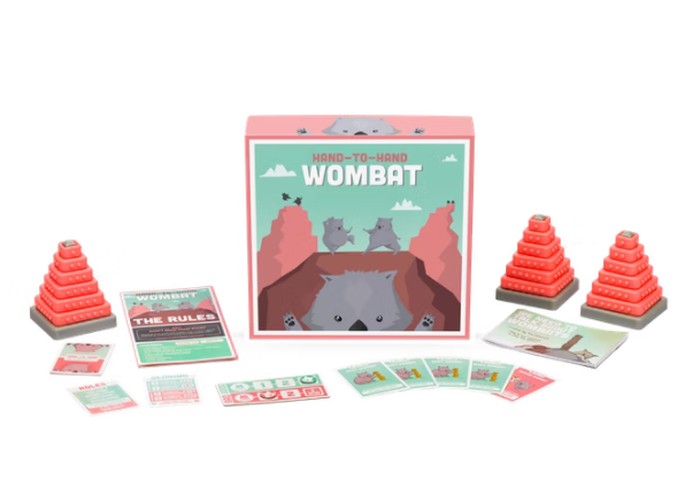 “We’re the creators of Exploding Kittens and we’re happy to announce our new game: Hand-to-Hand Wombat. To play, you’re each given a secret identity as a Good Wombat or a Bad Wombat, then everyone closes their eyes. Good wombats build towers, Bad Wombats try to mess with those towers. After the timer is up, everyone opens their eyes and discusses, argues, and votes on who they think is a Bad Wombat.” 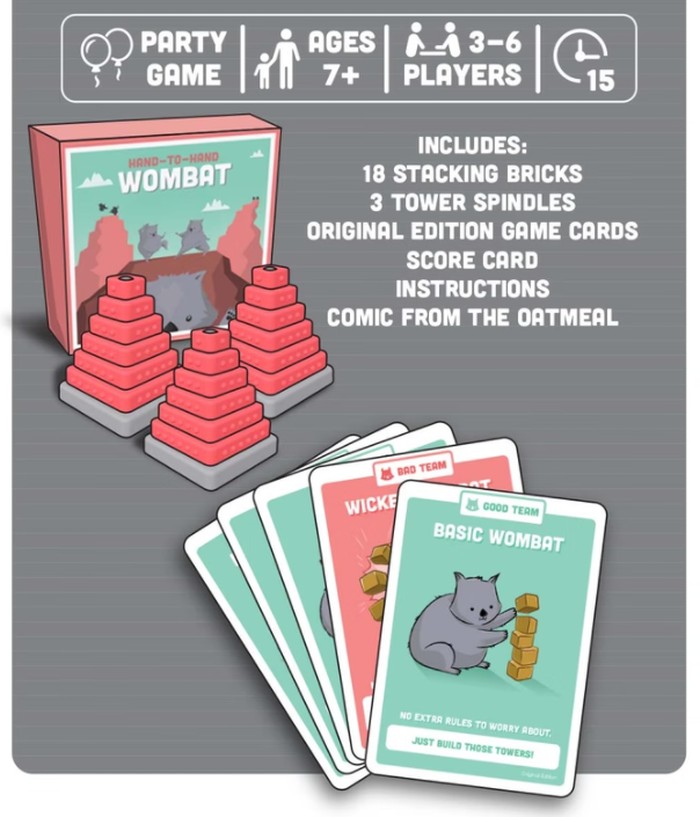 For a complete list of all available pledge options, stretch goals, extra media and engineering specifications for the tower building game, jump over to the official Hand-to-Hand Wombat crowd funding campaign page by visiting the link below.