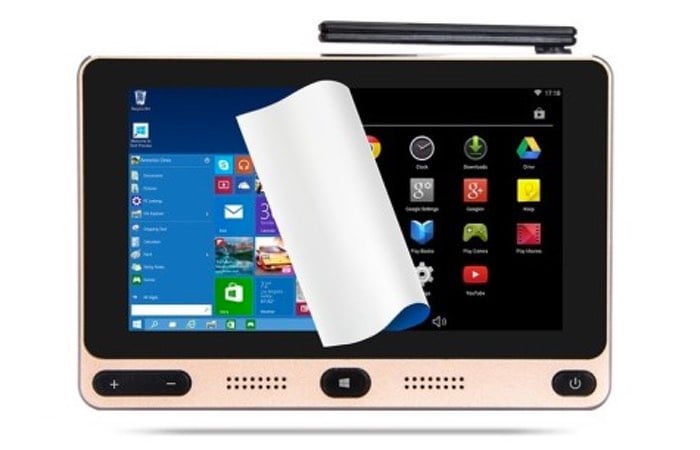 If you are in the market for a Windows 10 mini PC that is small enough to slip into your pocket, and is equipped with a touchscreen display. You might be interested in the new Gole 1 Windows 10 touchscreen mini PC, that is claiming to be the world’s smallest PC and has this week launched via Indiegogo to raise the $30,000 requires to go into production.

The Chinese-based development team have equipped the Gole 1 pocket PC with an Intel Cherry Trail Z8300 processor that can be supported by either 2 or 4GB of RAM and can include either 32 or 64GB of internal storage depending on your requirements.

The pocket PC is also equipped with a 5 inch capacitive touchscreen display providing users with a resolution of 1280 x 720 pixels. Ports on the PC system include 3 x USB 2.0 and 1 x USB 3.0 port together with connectivity via both Bluetooth 4.0 and support for Dual-band 2.4 – 5Ghz wireless as well as sporting a Gigabit Ethernet connection.

The small Pocket PC is also equipped with a handy 2600mAh rechargeable battery that is capable of providing enough juice for the system to run for up to 2 hours on a single charge. For more information and full specifications jump over to the Indiegogo crowdfunding website where the small pocket PC which measures just 135mm x 90 mm x 20 mm is available to back from just $99.