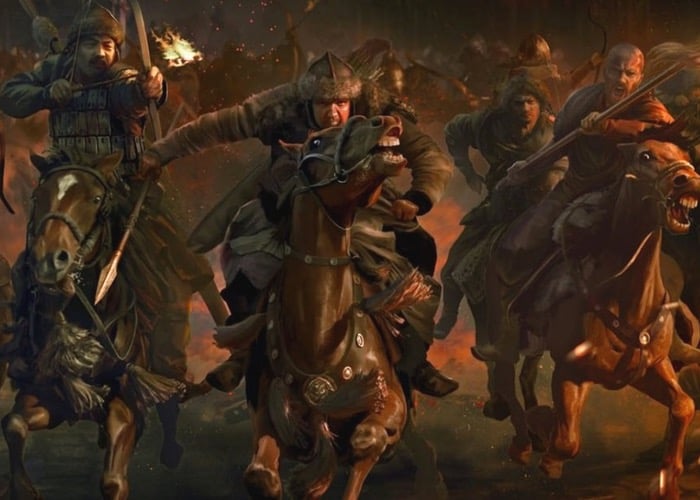 A new trailer has been released this week for the upcoming and highly anticipated new Total War Attila game that is currently under development and will be officially launching next year.

New features within the Attila game include Dynamic fire simulation, causing fire to break out in a city as a result of burning projectiles or marauding soldiers. Together with Barricade deployment and Multiple siege escalation states, Total War’s developers explain :

“Fires have a chance of spreading from building to building, according to the weather conditions. The city’s defenders become affected as it sustains increasing levels of damage, and will experience growing penalties to their attack, defence and morale characteristics.

If you attack a city directly without besieging it on the campaign map, you’ll be faced with undamaged walls and stout defences. However, conduct a siege for several months beforehand, and you’ll gradually wear down the city’s defences to the point where the walls become breached, and fires may already be sweeping through the city when the battle is initiated.

Defenders may now erect barricades at the start of a city battle. These are destructible, but provide a temporary defence to any units mounted upon them. However, they take time to break through, so enemies may opt to avoid them, which gives the player the opportunity to funnel invaders around the city into their own bottlenecks and killzones.”

Unfortunately no information on a release date has been announced as yet, but as soon as information comes to light we will keep you updated as always. For more information on the new Total War Attila jump over to the official website for details.

“Against a darkening background of famine, disease and war, a new power is rising in the great steppes of the East. With a million horsemen at his back, the ultimate warrior king approaches, and his sights are set on Rome…”