Toshiba has shown off a new Android tablet in Germany, the Toshiba AT330 which comes with the latest version of Google’s mobile OS, Android 4.0 Ice Cream Sandwich.

The Toshiba AT330 features a 13.3 inch multi-touch touchscreen display that has a resolution of 1920 x 1200 pixels, although this hasn’t been confirmed as yet. 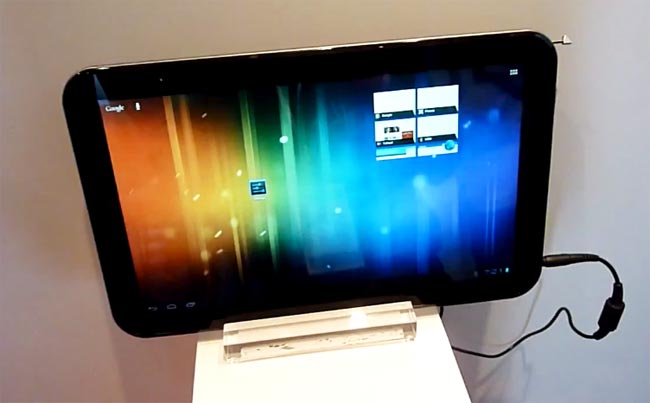 Have a look at the video of it in action below, the device also features a HDMI port and an SD card slot, and is in the prototype stages at the moment.