Last week Toshiba announced a new Android based Tablet, the Toshiba Folio 100, now they guys over at Into Mobile have managed to get their hands on this new Android tablet, and you can see it in action in the video below.

The Toshiba Folio 100 features a 1GHz Nvidia Tegra 2 processor and a 10.1 inch touchscreen display with a resolution of 1024 x 600 pixels. 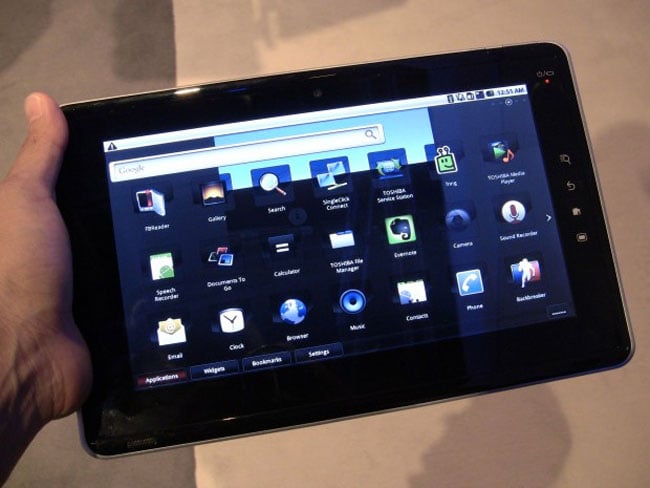 Other specifications on the Toshiba Folio 100 include a mini USB port, a HDMI port, SD card slot and a 1.3 megapixel camera.

There are still no details on a release date as yet, and no information on pricing, as soon as we get some more details we will let you guys know.