A new charging cable has been created called the Torso which has been designed by Jason Hilbourne and provides owners with a number of different functions in one neat design.

The Torso cable is a multifunctional ultra-portable charging and sync cable design for iPhone and Android devices, offering a bendable wire skeleton and three legs which can act as a stand for you device. Watch the video after the jump to learn more about the Torso cable project and see it in action. 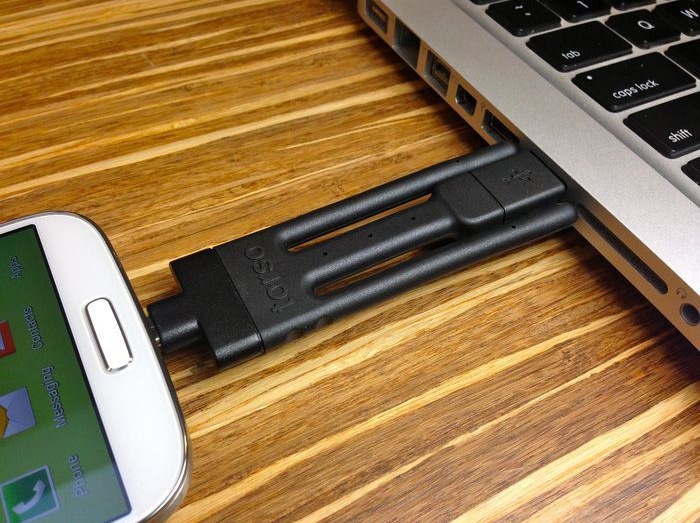 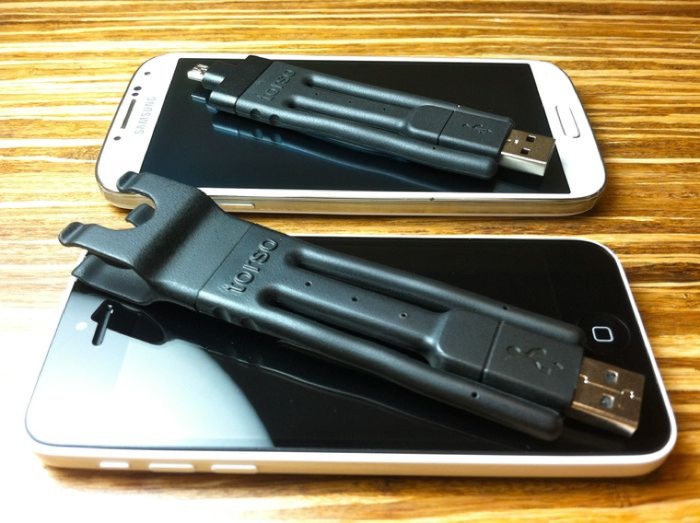 “The cable that comes with your phone gets the job done, but it’s not very portable. And if you’re on-the-go all the time, then you know that yanking that cable out of your bag is a hassle. It gets caught on stuff in your bag. It pulls other crap out of there too–keys, pens, other cables, you name it!

Torso is incredibly short, so it’s ultra-portable. It’s a little bit over 4 inches (100+ mm) long, so it’s the perfect phone cable for anyone who is on-the-go. But Torso’s size isn’t the only thing it has going for it. We have designed Torso with a bendable wire “skeleton” and three “legs”. These bendable legs are what make Torso so amazing.

The wire skeleton inside Torso isn’t a limp noodle like those old bendable toys. Torso is strong. Bend a leg, and it stays bent. Bend all three legs, and make a tripod. Bend Torso and plug it into your AC adapter to make an instant wall charger dock. And when you want to hit the road, just bend Torso back into ultra-portable mode and chuck it in your bag. It’s like no other cable, and it’s awesome.”