Mario Lukas has created a very unique type of printer that uses toilet rolls for its printing paper rather than traditional A4 sheets. Lukas created the unique printer as an entry into a hardware hacking contest “Mach flott den Schrott” run by German technology magazine c’t.

Lukas build his Toilet Paper Printer using old printer parts and has even equipped it with an Ethernet port to control exactly what you would like to print. Its primarily been designed to print Tweets and Facebook posts but can also be used to print RSS feeds as well. Replacement toilet rolls can be added by opening the left side of the printer.  Watch the video after the jump to see the Toilet Paper Printer in action. 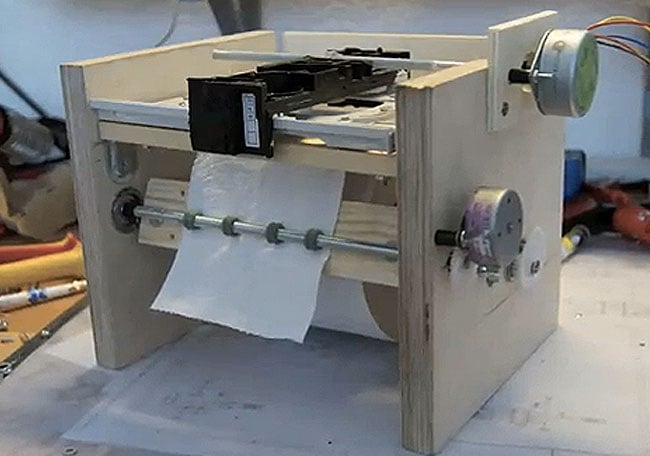 So if you have a few spare toilet rolls and a little free time this weekend you could put your time to good use and make your very own Toilet Paper Printer to print your Tweets.