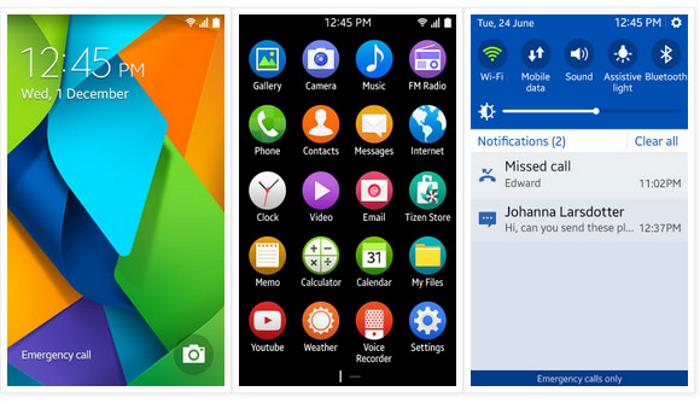 Samsung is rumored to launch an entry-level smartphone running their in-house mobile operating system Tizen, at least in India in the coming months. The Korean OEM has already launched the operating system with their Gear smartwatches.

Recently, some screenshots of the Tizen 2.3 operating system made their way on to the internet, showing a cleaner user interface, thanks to the folks at Tizen Indonesia.

Samsung has apparently added bold colors, and a fresh user interface for their OS, and it seems the operating system is optimized for devices with resolution of 480 by 800 pixels, and it could be the resolution of the first device which is expected to launch by the end of the year.

It would be good to see what Samsung has to offer to its users with the new Tizen operating system, and are hoping its plans to cut the smartphones by 30 percent won’t affect it. You can check out more screenshots of the operating system via the source link below.