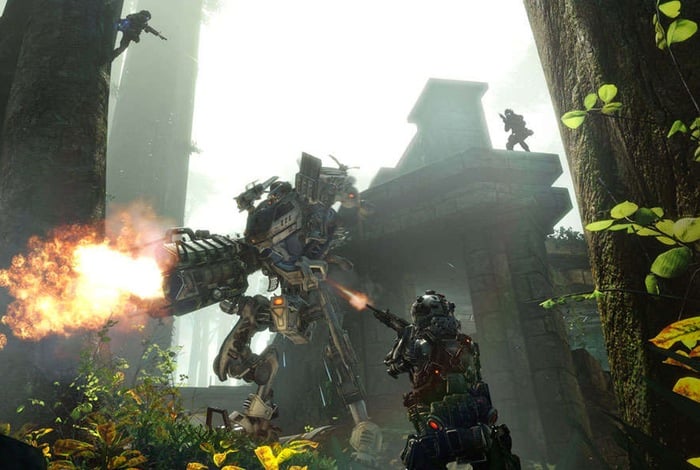 Titanfall first-person shooter (FPS) video game fans interested in the new upcoming Titanfall Swampland map, might enjoy this new trailer that has been released showing how the level was built and evolved into its finished design.

Titanfall Swampland is the third and final map included in the Expedition DLC launching later this month and as you might have guessed by the name of the map this scenario is set in a swamp, which is scattered with man-made structures together with huge trees to use as jump points.

The first version of Swampland was an almost completely flat level with yellow fog and towering redwoods. The final version only began to take form after design on Titanfall was finished. At that point, Swampland had been shelved for almost two years while other levels and design work had taken priority.”

For more information on the new Titanfall Swampland DLC map jump over to the Titanfall official news website for details.