Respawn the developers of the new Titanfall game which earlier this month launched on Microsoft’s next-generation Xbox One games console and PC. Has today enabled their anti-cheat software announced a very unique way of dealing with cheaters within its Titanfall game.

From today if you have been suspected of cheating on the PC version you will now see a “FairFight cheat detected” message as in the image below. But lucky you will not be banned from playing the game, however you now will only be able to play against other cheaters. 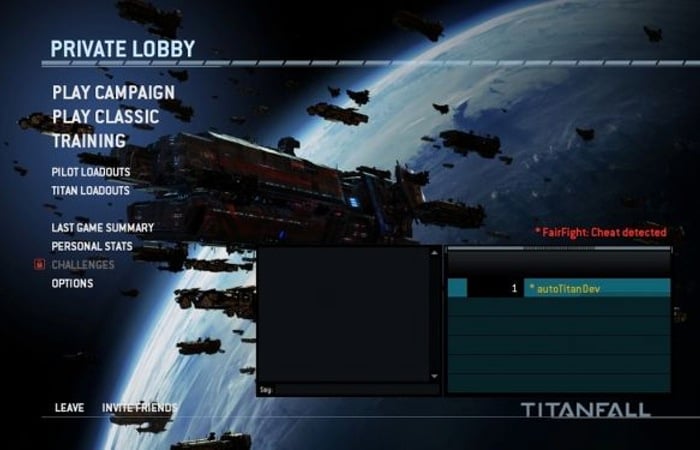 Respawn is calling there new cheating solution “the Wimbledon of aimbot contests” and explained to cheaters : “Hopefully the aimbot cheat you paid for really is the best, or these all-cheater matches could be frustrating for you. Good luck.”

“Q.) If I’m banned, what happens if I make a party with my non-cheater friends?

A.) When anyone in your party is banned, then everyone in your party will be treated as banned for that play session. If you are a non-cheater and you invite a cheater friend into a party, you will be stuck playing against cheaters. If you stop inviting your cheater friend, you will once again get to play with the non-cheater population. You do not get permanently tainted just by playing with a cheater – you are only banned for cheating if you are actually cheating.

A.) You can contact anticheat@respawn.com if you think you’ve been banned unfairly.”

For more information on the new Titanfall anti-cheat solution jump over to the Titanfall website for details.