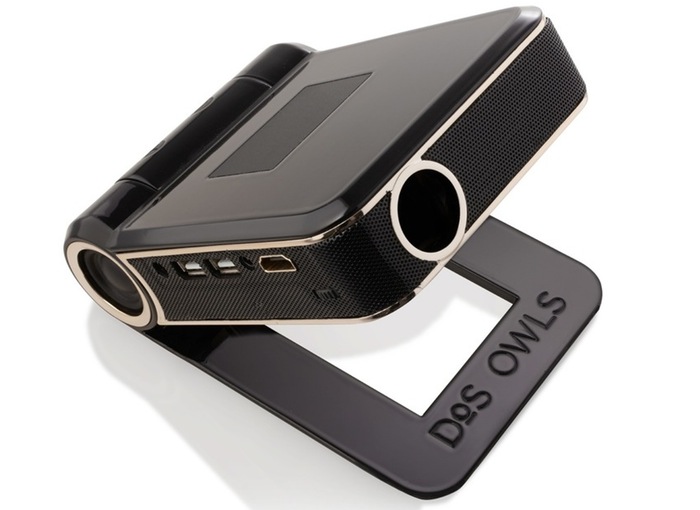 Dos Owls have unveiled a new Android powered projector they have created called ODIN, which has been showcased at this month’s Tech Crunch Disrupt NY 2014 event.

The ODIN projector has been designed to provide users with an Android-based Internet connected portable projector that is equipped with a quad-core processor and KitKat 4.4 operating system.

The ODIN projector is equipped with DMD optical technology (digital micromirror display) that beams 115 ANSI lumens of light and large screen size. Allowing you to place the ODIN 3 yards away from the wall, and creating a display of a 75” screen size, and 125” when it is 5 yards away. It creators explains a little more: 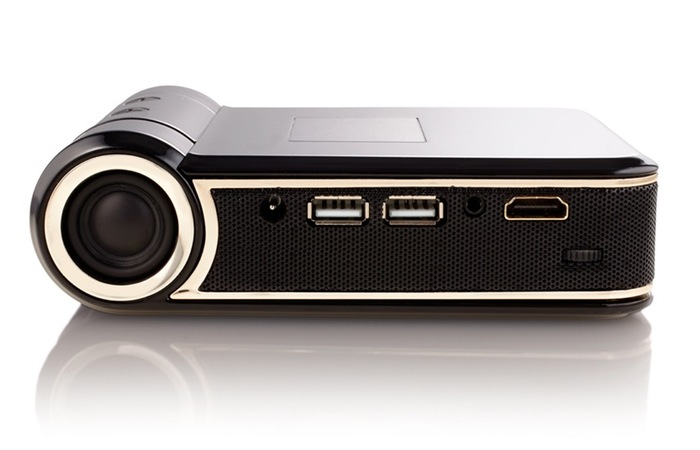 ODIN sports two 4-watt speakers with Bluetooth capability. With a slide of a button, use ODIN outside during the day as a Bluetooth speaker. The ODIN will soon be launching a campaign over on the Kickstarter crowd funding website to raise their pledges to make the jump from concept into production. Anyone interested in owning their very own ODIN projector will be able to make pledges starting from May 29th 2014.

For more information on the new ODIN Projector jump over to the Dos Owls website for details.