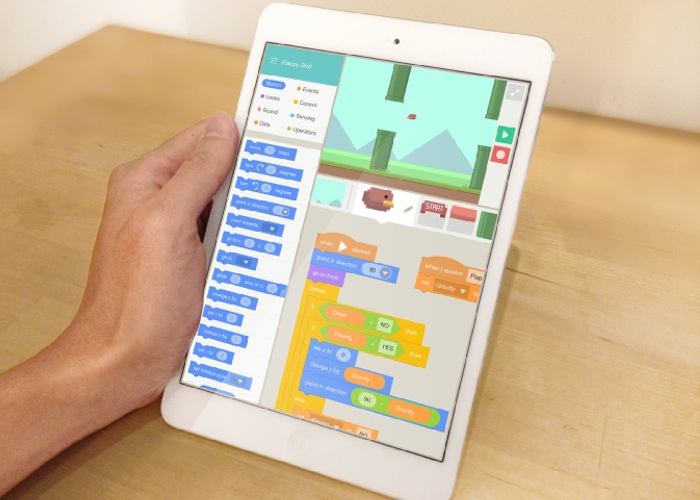 A new Kickstarter project has been launched this week called Tickle that has been created by the MIT Media Lab to introduce children into app programming on iOS devices such as the iPad and iPhone.

The Tickle project is currently over on the Kickstarter crowd funding website looking to raise $30,000 pledges to make the application free for everyone to start creating apps. Its creators explain a little more:

“A new way to learn to code from scratch.  Tickle brings the world’s most popular visual programming language, Scratch, to the iPad, and adds powerful capabilities.

With Tickle, anyone can learn to create amazing games and interactive stories on iPad, and program real-world objects. Your support will help make Tickle freely accessible to everyone, and broaden programming education.

Learning has never been this much fun. Develop logical thinking, problem solving skills, and creativity while learning to create games like Angry Birds and Flappy Bird.  WARNING: learning programming may be addictive!”

So if you think Tickle is something you would like to become involved with, visit the Kickstarter website now to make a pledge and help Tickle become a reality and bring easier fun style programming to the masses.