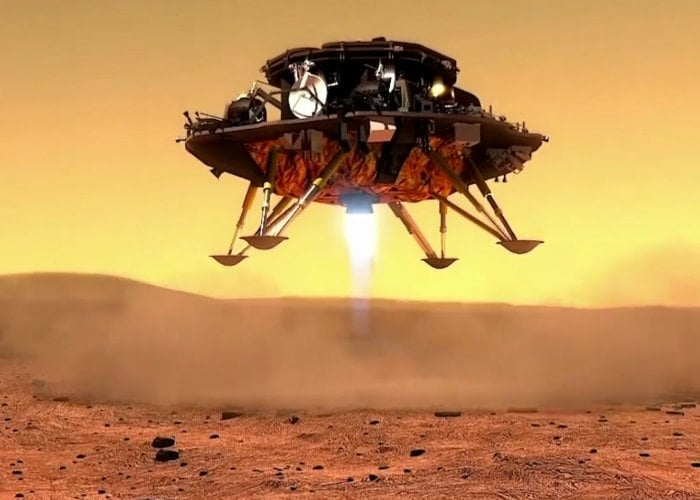 The Tianwen-1 Mars probe was launched into space aboard China’s largest heavy-lift carrier rocket Long March-5 on July 23, 2020 from Wenchang Spacecraft Launch Site in Hainan Province, southern China. “The lander carrying China’s first Mars rover #Zhurong has touched down on the Red Planet, the China National Space Administration confirmed on Saturday morning. Zhurong has been designed to operate in the Red Planet for at least 90 Martian days.”

The rocket was about 57 meters long, had a takeoff weight of about 870 tonnes and a thrust of over 1,000 tonnes. It was much larger than China’s previous carrier rockets. On the way to Mars, the probe conducted four trajectory correction maneuvers and was successfully captured by Mars’ gravity after cruising for seven months.The probe, a three-in-one spacecraft, comprised an orbiter, a lander and a rover.