Thrustmaster has this week unveiled its successor to its Ferrari 458 Italia racing wheel and pedal bundle which was launched last year for Xbox 360, in the form of the Ferrari Vibration GT Cockpit 458 Italia Edition.

The new Xbox 360 bundle is fitted with a replica of the Ferrari 458 Italia’s steering wheel, which has been slightly modified to include the required Xbox 360 controller buttons in the place of indicator arms. 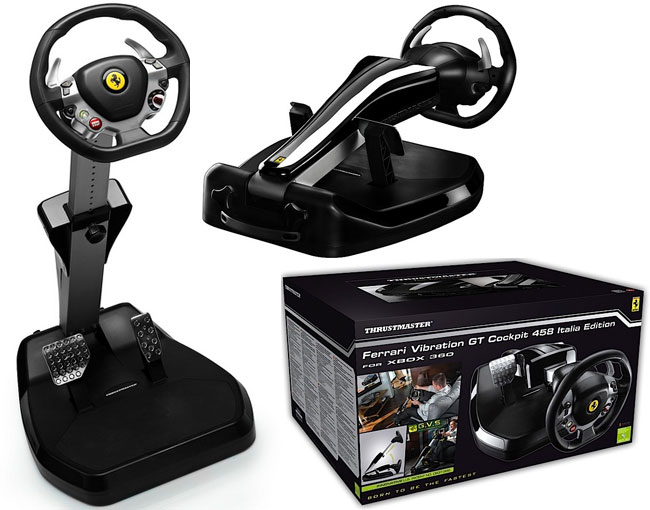 The start button of the original steering wheel has also been transformed in to a D-pad, together with 16-bit resolution to create a realistic driving experience, as well as sports brushed metal paddle shifters to add a luxurious feel to the setup.

For more information on both the new addition to the Thrustmaster range jump over to the Engadget website for a hands on review and video.