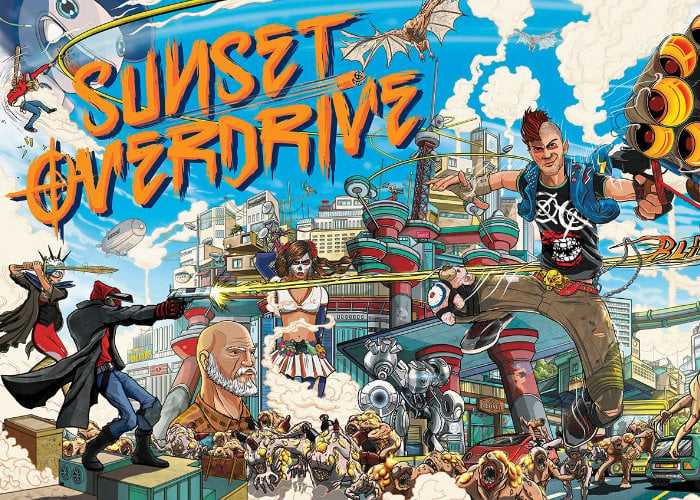 This week’s episode of This Week On Xbox for the week commencing November 16th, 2018 brings those interested to complete recap what was announced during Microsoft’s Xbox X018 conference earlier this month. Together with an interview Ted Price about the launch of Sunset Overdrive on Windows 10, and more, check out this week’s episode embedded below.

Sunset Overdrive launched on the Xbox One and Windows 10 systems on October 28th and November 16th respectively providing a third person action adventure with both single player and multiplayer modes. “Players navigate a metropolis called Sunset City in the year 2027. This dystopian world has been overrun by mutants called the OD, short for Overcharge Drinkers. The player character is a former FizzCo employee, tasked with cleaning up the mess left behind from a party FizzCo had thrown to celebrate the launch of its new energy drink, Overcharge Delirium XT.” Sunset Overdrive has been developed by Insomniac Games and published by Microsoft Studios.