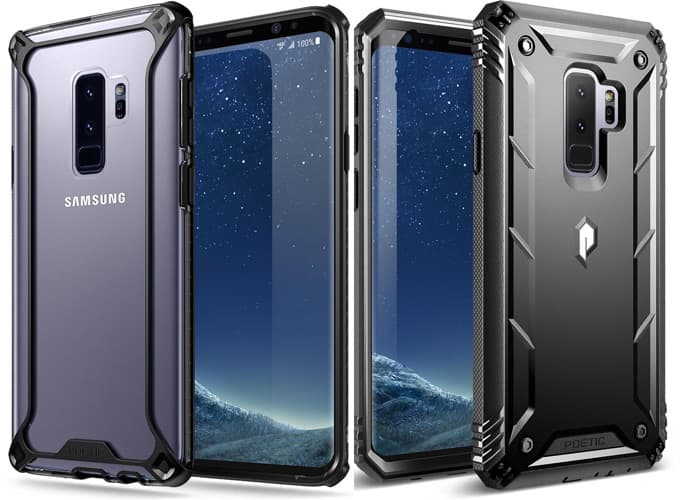 Case maker Poetic has posted some pictures of some new cases for the Samsung Galaxy S9 Plus smartphone on their website, the renders also include some renders of the S9 Plus. These pictures give us an idea on the design of Samsung’s new flagships. 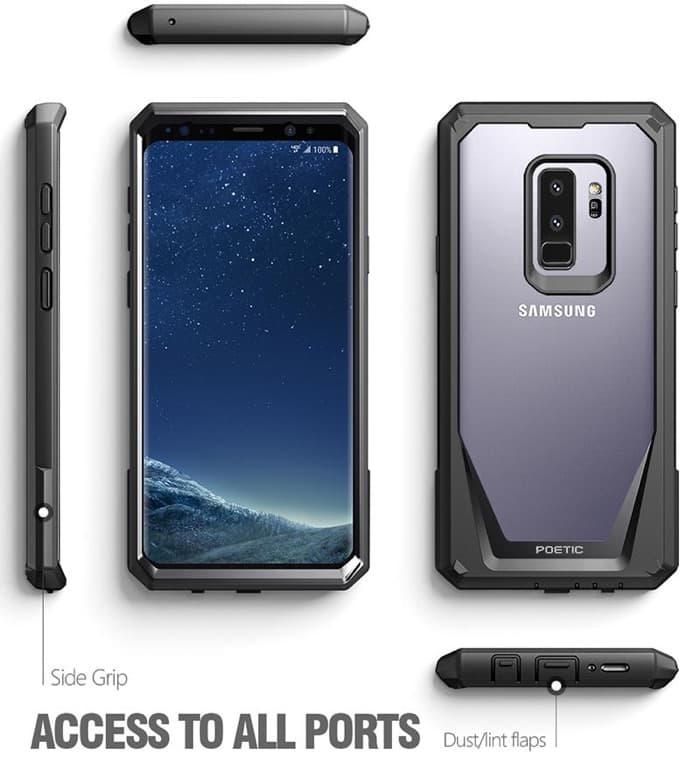 As we can see from the pictures the Galaxy S9 Plus will come with a dual camera setup, the cameras are placed in a vertical position and there is a flash next to them and a fingerprint scanner underneath the two cameras.

We can also see some of the front of the handset in the pictures and this confirms what we heard previously about the design of the S9 and S9 Plus being very similar to that of the Galaxy S8 and S8 Plus.

Samsung are launching a new camera with the new S9 smartphones and this confirms that the Galaxy S9 Plus will have dual cameras. The Galaxy S9 is expected to come with a single camera.

We heard earlier today that Samsung are holding their press conference for the two handsets on the 25th of February 2018 at Mobile World Congress, the devices are epxected to go on sale in early March.