No, it won’t remind you of the foul deeds you perpetrated at your fiend’s pad during that party last week, but it will indicate the percentage of your garbage that can be converted to energy. So it’s your eco-conscience that’s pricked here, dearie. 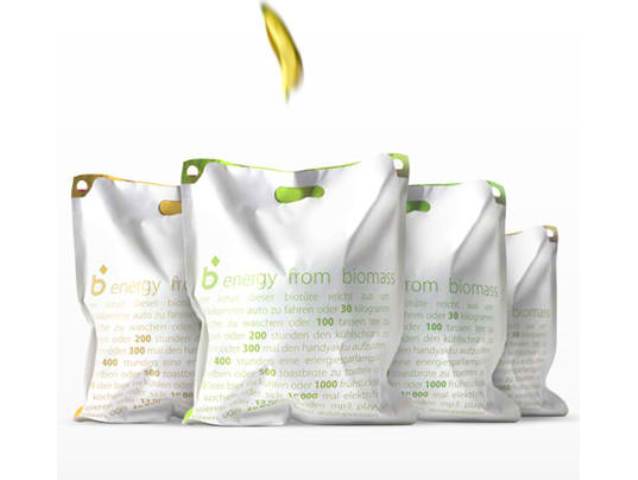 By the looks of it, you might still be inclined to your trusty black plastic sack of a regular trash bag simply because it has got more space than this flashy green number. Beyond the duel of aesthetics and utility there lies the crucial difference: this Ahhaproject creation wants to spread awareness of Biomass. Nope, it isn’t a video game. Biomass is a potential energy source that’s in every modern home because our cribs accumulate garbage at an astonishing rate.

The magic behind these Ahhaproject bags is they indicate the amount of biomass stored in them without resorting to fancy newfangled electronic measurements. True to its eco-conscious aesthete, the biodegradable bag is made from polylactic aid and uses a series of graphics on its white side to show the biomass elevel. As for what you do with the biomass, that’s not the trash bag’s jobs. It merely suggests, you see. Suggests that maybe, recycling some of your trash or sending it over to a biomass converting facility is how it should be dealt with.

Sine this is just a concept at the moment, don’t expect to see these lime green biomass preachers in stores for some time.