Hitting two birds with one stone is what Dhairya Dand thought of when he started ThinkerToys, and since March, he has been exhibiting eco-friendly, educational toys to inspire kids in developing nations. 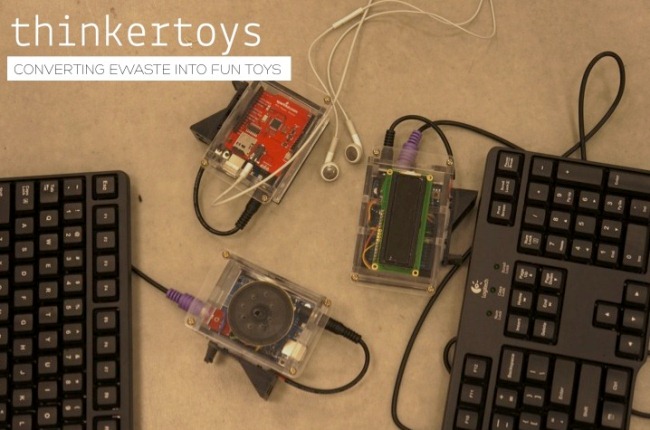 The idea hit Dand after seeing e-waste like keyboards, mice, and screens just lying in landfills. The business is named after the coinage of thinking and tinkering, which are both involved in creating fun, educational toys from partially-useful e-waste for a production price of USD 5 per toy.

At present, ThinkerToys already has four main products which, according to Dand, will remain open-source. These are (1) Keyano, a keyboard-turned-piano through connecting each key to a specific note; (2) Randomath, a math puzzle generator created using a small LED screen and a keyboard; (3) Storynory, an MP3 player-like collection of stories in one’s local language; and (4) TV++, an ongoing project which, when finished, can be connected to TV or CRT monitor and can be used to flash educational games, spellings, and photos.

Dand is also opening to everyone openTOYS, a community of “e-waste activists, toy designers, and engineers.”