If you are a fan of Theraltake’s Level 10 GT computer case, you might be interested to know that Thermaltake have announced a new addition to their range in the form of the new Thermaltake Level 10 GT Battle Edition chassis. The new Battle Edition Level 10 GT case sports all the same excellent features and styling of the other cases in the range, but is finished in a military green colours. 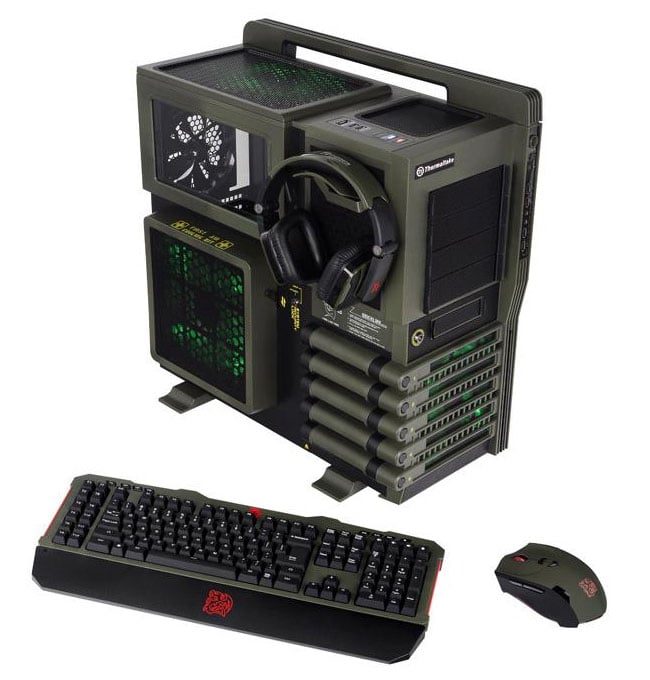 Unfortunately no information on pricing or worldwide availability has been released as yet for the Thermaltake Level 10 GT Battle Edition chassis, but previous models have been priced around $250, and the snow edition at $290, to give you an idea of what you can expect to pay once it starts shipping. 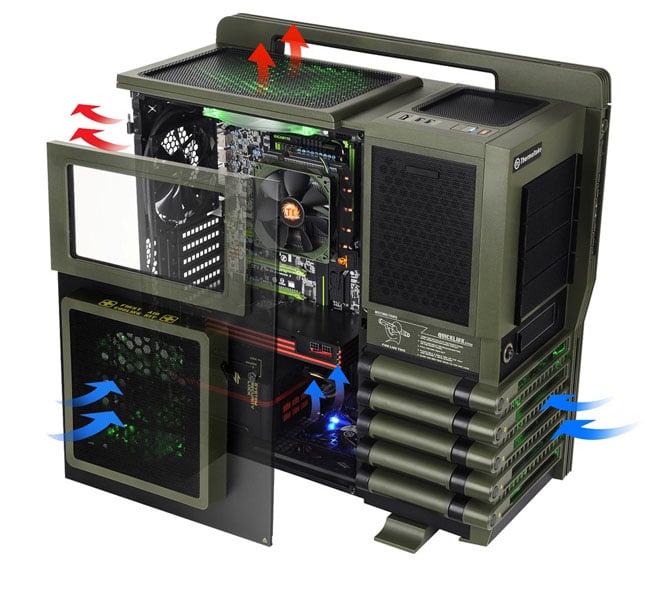 Moreover the special design reinforcement Quicklink HDD accessories have also been implemented. With all the greatnesses of Level 10 GT plus the new military prints and logos making Level 10 GT Battle a distinctive battle machine for game fanatics to carry the love of their life.”