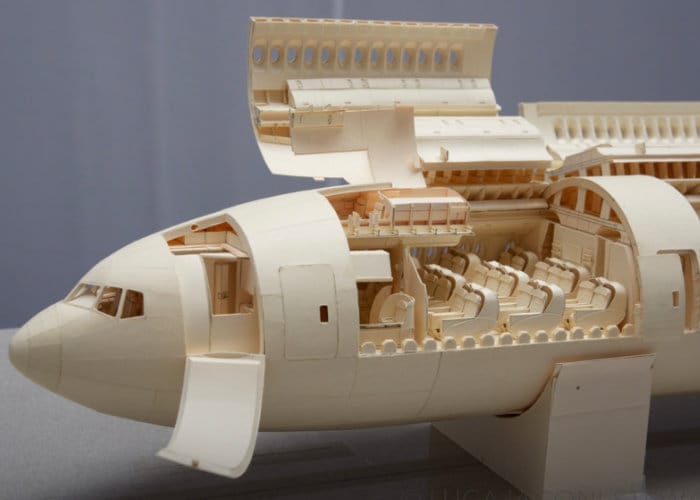 I’m sure most of you have made a paper aeroplane of some description, folding a piece of paper and proudly throwing it across the room. But designer Luca Iaconi-Stewart has taken building a paper aeroplane to a whole new level and for the last decade has been building a fantastically detailed model of a Boeing 777. Watch the video below to learn more about this amazing creation which is entirely constructed using only papers, folds and glue.

The ultimate paper aeroplane includes everything down to the tiny seats and moving landing gear. All of which has been documented on Luca Iaconi-Stewarts YouTube channel which can be accessed via the link below. I have also included a video of the construction of the 777 Main Landing Gear, which also astonishingly been completely constructed from paper and even folds back into the paper aircrafts fuselage. Luca explains more about the landing gear construction “each side has over 1,000 pieces of paper, and is fully articulated as it would be on the actual aircraft. The gear retracts and extends, the gear truck tilts up and down, the strut “absorbs” the weight of the plane, and the rear axle turns from side to side. I’ve tested the gear with 5lbs of weight without a problem.”

To view the complete and anmazing construction process involved in making the “ultimate paper aircraft”, and building a scale model of the Boeing 777 jump over to the official YouTube channel of Luca Iaconi-Stewarts. Where he has recorded the full process for your viewing pleasure.