Here is a fun Radio to listen to your favourite rock music on, and it is actually made from a rock, well cement, the Rock Radio.

This fun radio is the creation of Guus Oosterbaan, it was made using cement, it started out as a brick shape but then Guus decided to take a hammer to it. 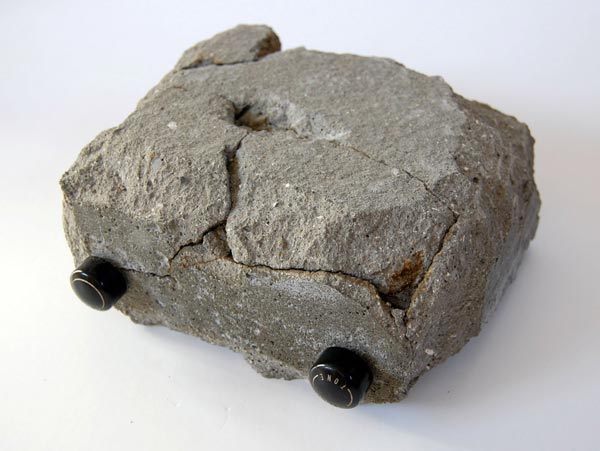 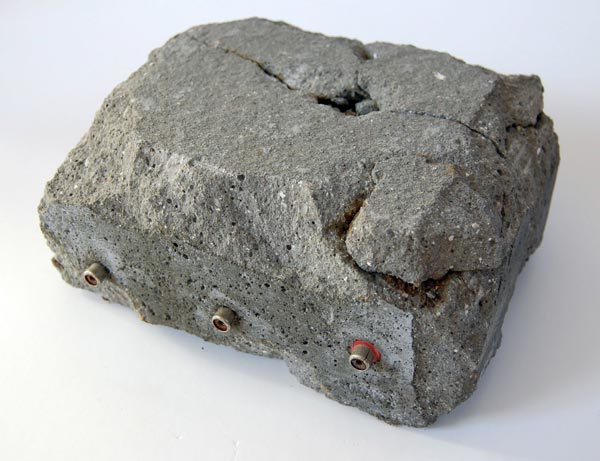 My ROCK Radio. The number two in my cement-audio-series. It started of being a very nice rectangular brick shape. Then I found out that a thick layer of cement shields the radio from actually receiving radio waves. With my “Now it doesn’t work anyway” philosophy, I took a big hammer and created this Flintstones look, and the radio works!