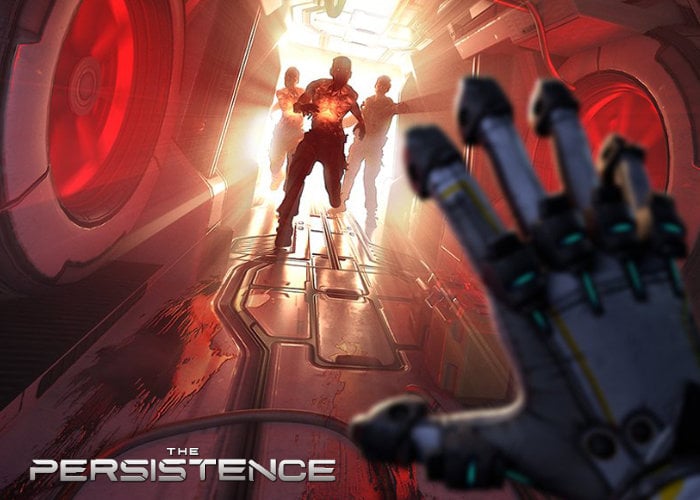 The developing team at Firesprite have announced their virtual reality horror game The Persistence will be launching this summer as a standard game on the PlayStation, Xbox One, Switch and PC, allowing those without VR hardware to enjoy the horrors it brings. The new non-VR version of the game includes “enhanced environments and post-processing effects, all working seamlessly with tailored UI and controls” says Firesprite.

“Everyone’s dead…even you. But there’s a slim chance you could still escape and take back your life, if only you can repair the ship’s devastated systems before the black hole that’s trapped it rips The Persistence apart. In an entirely new kind of stealth horror game, exclusively for PlayStation 4 with PlayStation VR, you must hide in the shadows and battle terrifying mutants as you strive to get the engines back on line, plot a course – and somehow get the ship back to Earth. Can you stay alive long enough to save The Persistence?”

“An insurmountable horde stands between you and success, and, to make matters worse, the ship’s macrostructure is malfunctioning, rearranging the deck modules into random configurations. Procedurally generated decks mean that no two games of The Persistence will play the same – and every time you awaken in another clone host, a new challenge awaits you on the next deck… The heart-pounding thrills of a stealth game are raised to new levels by the immersive presence of VR. Sneaking around, hiding behind cover – feel the adrenalin pumping as you lean out of safety to see the terrifying dangers that stalk you in the dark.”

To learn more about the brutal VR horror science fiction stealth game jump over to the PlayStation Store, Steam or developer Firesprite website.