An innovative new type of camera has been developed called the Panoramic Ball Cam that is equipped with 36 mobile phone cameras and has been designed to be thrown in to the air to capture 360 degree panoramic photographs.

When the ball has been thrown in to the air, once it reaches its highest point  the Panoramic Ball Cam will then take a photograph using all 36 cameras and drops back into the hands of the user. Providing a complete 360 degree view of the environment which can then be downloaded to a computer for viewing via a custom piece of software.  The mechanics of the Panoramic Ball Cam have been created using C, C++, QT, and OpenCV. Watch the video after the jump to see the innovative Panoramic Ball Cam in action. 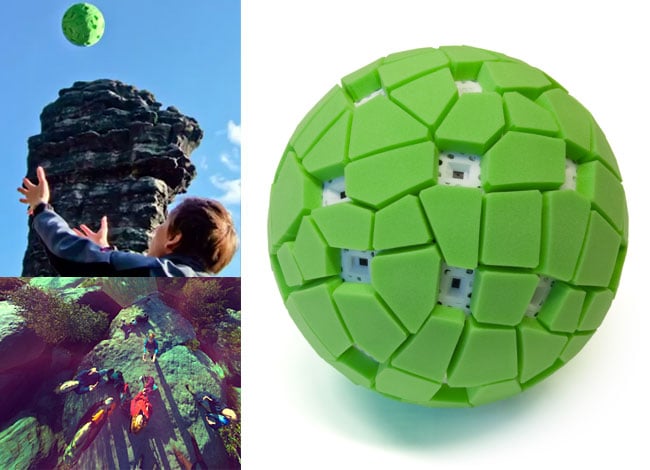 The Panoramic Ball Cam creates some very special and original photography as you can see. The development is a project that was started back in 2010 and is patent pending technology and originally called  “Throwable Camera Array for Capturing Spherical Panoramas” which was authored by Jonas Pheil.