If you have ever been paintballing, then you will know how much those little paint pellets hurt when you get shot by one. 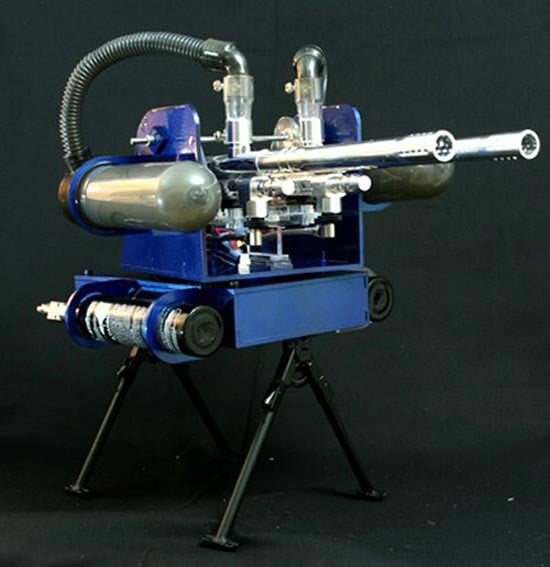 Imagine what would happen if you were attacked by this crazy paintball turret which is capable of firing 34 balls a second, you just know that is going to hurt!

The paintball turret is fully portable and can even be controlled wirelessly, it took the creators over two years to make, and from the photo it certainly looks like a serious piece of kit.

Unfortunately there are no videos of it in action as yet, but apparently they will be coming soon, head on over to InventGeek for more details on the crazy paintball turret.