Business cards aren’t exactly that interesting, although we have seen the occasional cool one here at Geeky Gadgets over the years, but I think this is probably one of the coolest to date, the Model Aircraft Business Card.

The Model Aircraft Business Card was created by the guys from Rethink Communications, for a company called Norburn who makes model aircraft, and as you can see from the photos below, the business card can be turned into a small model airplane. 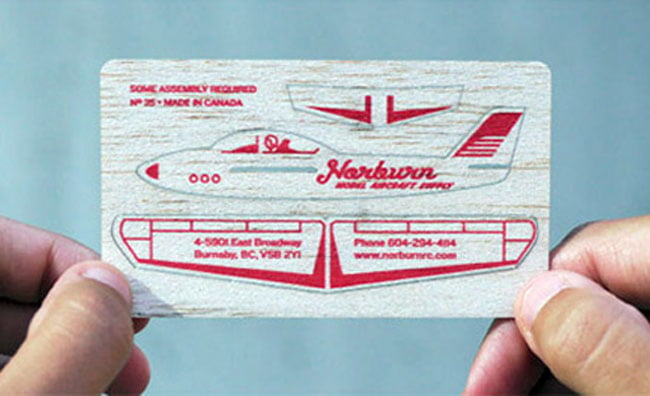 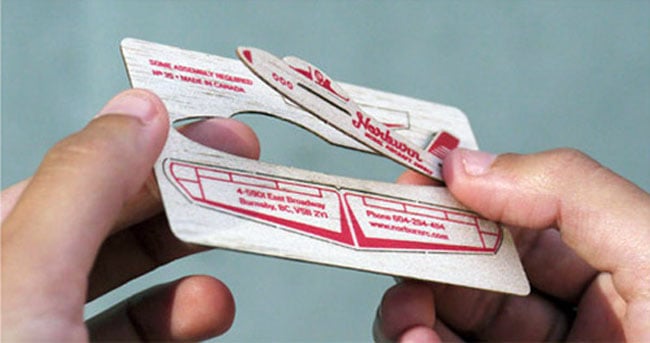 “Specializing in model and radio-controlled aircraft for over 40 years, Norburn Model Aircraft Supply offers the widest and best selection in British Columbia. We created a unique business card for them by printing and laser die cutting balsa wood that can be assembled into a small — and functional — glider.”

Source Like Cool, Book of Joe, Ads of the World