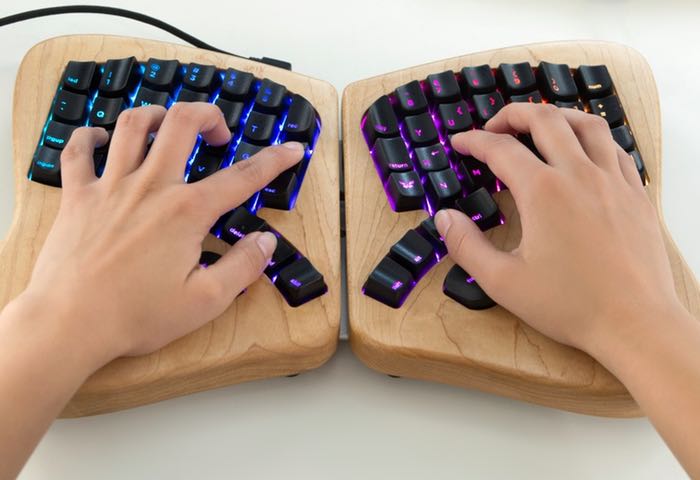 If you are looking for a more luxurious and well made keyboard for your desktop a new keyboard created by Keyboardio called The Model 01, that features a wooden casing, mechanical switches and custom-sculpted keycaps, might be worth more investigation.

The Model 01 mechanical keyboard is supplied with its source code allowing you to adjust its settings to suit your style and preferences, and has been built to be an “heirloom-grade keyboard for serious typists” say its creators.

Over the years, we’ve tried pretty much every keyboard out there, but never found one we could fall in love with. In late 2012, we set out to build ourselves a better keyboard. Early on, we only wanted to make a couple for ourselves. Of course, early on, we also thought this was a hobby project that was going to take a month.

It’s taken two and a half years, far longer than we could have possibly imagined. We’ve had to learn 3D modeling, electrical engineering, soldering, lasercutting, 3D printing, and CNC milling. We’ve built dozens of prototypes and put them in front of hundreds of enthusiastic folks who type too much, including programmers, journalists, bloggers, writers, and gamers, to name just a few.”

The very unique wooden mechanical keyboard is currently over on Kickstarter with the aim to raise $120,000 in funding. In just two days this has been reached thanks to 486 backers. So if you think your typing skills could bentefit from The Model 01 make a pledge now from $299.