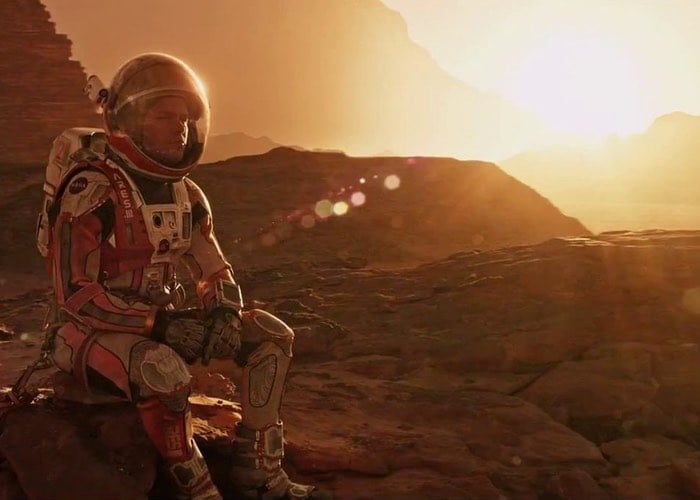 Those of you that have already watched The Martian movie starring Matt Damon may be interested in a new behind the scenes video that has been released providing a glimpse at how the special effects were used to create the Martian landscape.

If you haven’t already seen The Martian film the following VFX trailer released by MPC does contain spoilers, so look away if you don’t want to know what happens in the storyline.

The Martian movie was released on October 2nd 2015 and finds Damon as an astronaut who is mistakenly presumed dead and left behind on the planet Mars by his fellow astronauts. The film is based on Andy Weir’s 2011 novel The Martian, which was then adapted into a screenplay for the 2015 movie by Drew Goddard.

Watney awakens after the storm and makes his way to the “Hab”, the crew’s Martian living quarters. He removes a piece of antenna from his stomach and suit’s biomonitor, which caused the erroneous life-sign readings, and begins a video diary. He realizes that his only chance of rescue is the arrival of the Ares IV crew at the Schiaparelli crater, 3,200 kilometers away, in four years.

Calculating that he has enough food to last only 300 sols (roughly 309 days), Watney, a botanist, improvises a farm with Martian soil fertilized with vacuum-packed toilet waste, water produced by extracting hydrogen from leftover rocket fuel then oxidized by burning, and potatoes saved for a Thanksgiving meal. He begins to modify the only functional rover to make long journeys across Mars.