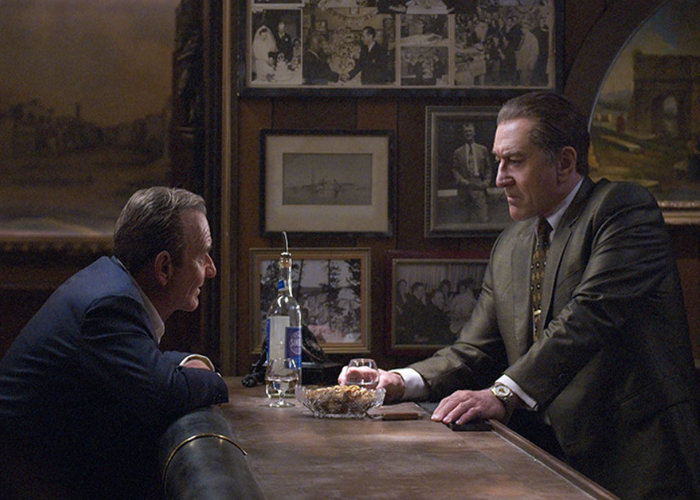 Netflix has released a new teaser trailer for the upcoming Martin Scorsese’s movie The Irishman, starring Robert De Niro, Al Pacino and Joe Pesci. Check out the two-minute trailer below to learn more about what you can expect from The Irishman.

The Irishman will be premiering via the Netflix streaming service next month and will be available from September 27th, 2019. “The Irishman is the story of Frank Sheeran, a mob hitman and World War II vet who develops his skills during his service in Italy. Now an old man, he reflects on the events that defined his career as a hitman, particularly the role he played in the disappearance of labor leader Jimmy Hoffa, his longtime friend, and his involvement with the Bufalino crime family.”

“An epic saga of organised crime in post-war America told through the eyes of World War II veteran Frank Sheeran, a hustler and hitman who worked alongside some of the most notorious figures of the 20th Century. Spanning decades, the film chronicles one of the greatest unsolved mysteries in American history, the disappearance of legendary union boss Jimmy Hoffa, and offers a monumental journey through the hidden corridors of organised crime: its inner workings, rivalries and connections to mainstream politics.”