We have featured quite a few of Joerg Sprave’s crazy slingshot creations here at Geeky Gadgets, which include the Machete Slingshot and the Avalaunche Slingshot, now Joerg has decided to create a new slingshot that uses Apple iPhone’s as ammo.

Have a looks at the iPhone slingshot in action in the video below, we suspect this could end up being an expensive slingshot to use considering the ammo it uses. 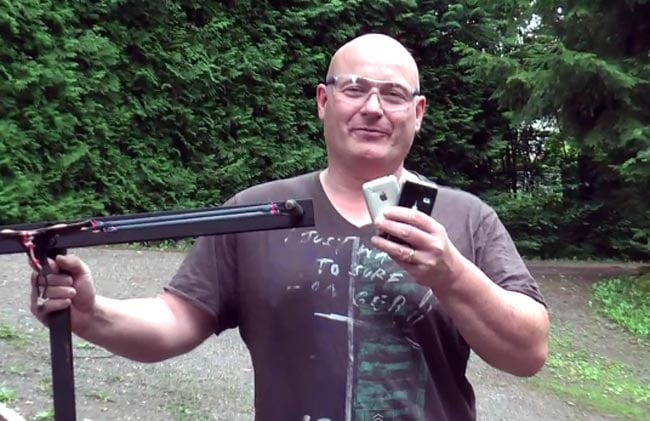 We suspect Joerg may be an Android fan, or maybe his next slingshot creation will shoot Android smartphones, and we are looking forward to seeing what his next creation will be.