The Hobbit movie directed and produced by Peter Jackson, will be a three-part epic based on J. R. R. Tolkien’s fantasy novel of the same name when finished.

Director Jackson has decided to film the movie at 48 fps, which has been met with mixed receptions in trial viewings. But if you are looking forward to viewing the new Hobbit movie in 3D. You might be interested in these new limited edition Hobbit 3D glasses unveiled this week. 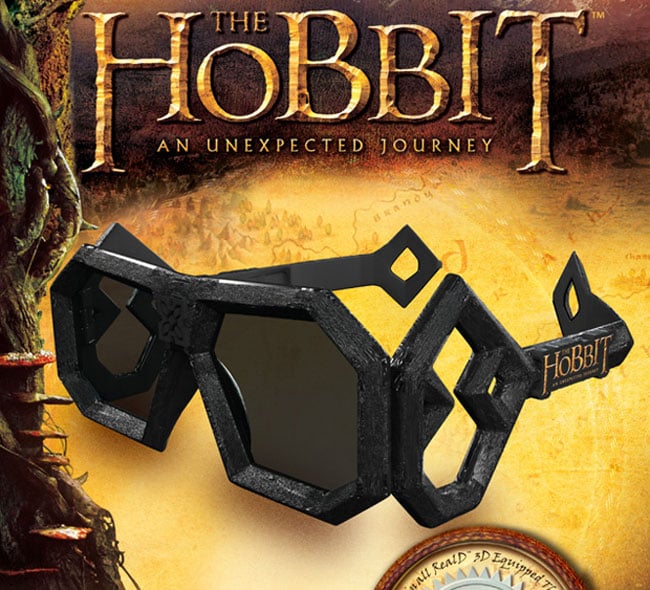 As you can see from the images they are very unique and will be available to purchase in selected theatres in December 14th when the first of the trilogy The Hobbit: An Unexpected Journey is released. The second The Hobbit: There and Back Again will launch a year later on December 13th, 2013, and the third film will arrive in theatres during the summer of 2014. 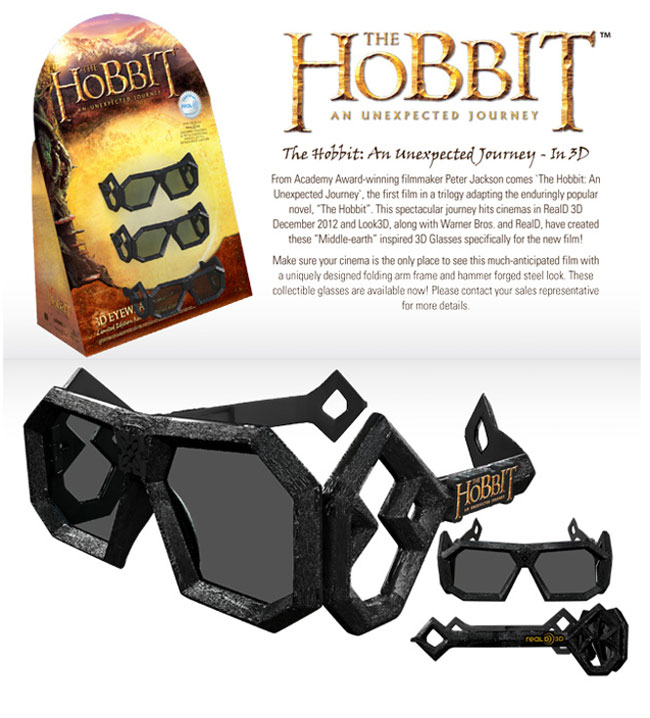