By now you’ve probably heard of the Google Editions of the Galaxy S4 and HTC One that have hit the Play Store and are available for purchase without carrier contracts and whatnot. Both phones now run Android 4.2 since they’re being offered by Google and also have a few other differences you may want to be mindful of before making a purchase.

First of all, these aren’t updates. The Google Editions of these phones aren’t equivalent to the difference between the iPhone and the iPhone S series. They’re still the same phones – same size and hardware – but they’re running a different operating system. Whether or not you want to get the S4 Google Edition comes down to how much you value Android over AT&T’s TouchWiz. 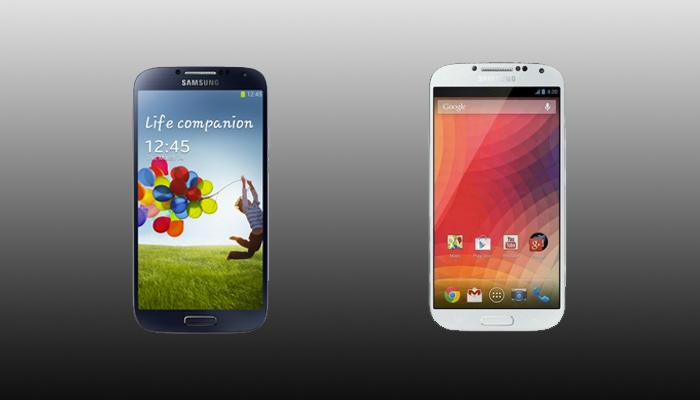 There’s no carrier branding on the back of the phone since it is carrier-free – meaning you can buy the phone and use it with just about any carrier plan on the market. Other than the branding, and the new white color, everything hardware-wise is exactly the same. Your Google Edition S4 is just as powerful as the traditional S4 that was initially released.

However, the software difference can make it seem like there are hardware differences. The biggest example of this is that the Google Edition’s battery life is about 2 hours longer than the standard model’s because of Android’s ability to better manage CPU usage.

I’m an Android person, but $650 is a lot for one phone when I could just get the Nexus 4 for $299. However, that’s just my opinion. Do you think the Google Edition is worth picking up a new phone for $650?