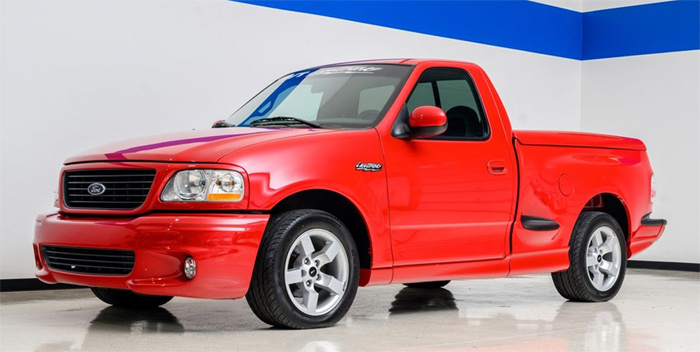 An interesting rumor is making the rounds that fans of the performance-oriented F-150 from over a decade ago called the Lightning might not appreciate. Recently, Ford has had a tendency of taking iconic names and strapping them to its electric vehicle. The Mustang Mach-E is a perfect example.

According to a new report, the electric Ford F-150 will wear the Lightning name. That name was attached to a performance version of the F-150 pickup back in the 1990s and 2000s. Enthusiasts who remember those iconic vehicles might not like Ford’s choice of name. The rumor comes from Car and Driver via a Ford document from an anonymous source.

The document allegedly shows the name along with reference to the Mach-E and the E-Transit electric cargo van. Ford has made no official comment about the rumor other than to say it doesn’t comment on speculation about future products. We will go out on a limb and assume that the legions of F-150 Lightning fans won’t appreciate the name being applied to an electric vehicle.