If you are looking forward to the release of the new movie ,The Double staring Jesse Eisenberg you are sure to enjoy this brief teaser trailer that show a glimpse of the film and what you can expect.

The Double is a dark comedy centred on a man who is driven insane by the appearance of his doppleganger, and is based on the Dostoevsky novel by the same name. 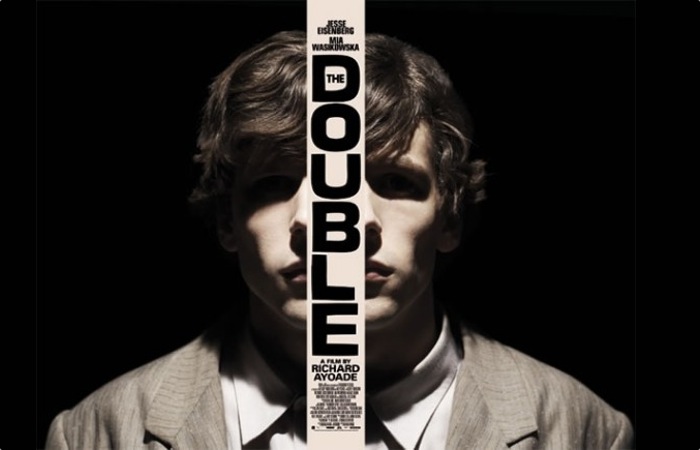 The film premiered at the 2013 Toronto International Film Festival on 7th Sept 2013 and is directed by Richard Ayoade and stars Mia Wasikowska, Sally Hawkins and Jesse Eisenberg, The Double will be arriving in theatres worldwide on May 9th 2014.

The Double novel story “centers on a government clerk who goes mad. It deals with the internal psychological struggle of its main character, Yakov Petrovich Golyadkin, who repeatedly encounters someone who is his exact double in appearance but confident, aggressive, and extroverted, characteristics that are the polar opposites to those of the toadying “pushover” protagonist.”