We have seen quite a few different PC case mods here at Geeky Gadgets, but ‘The Desk’ PC case mod by Will Urbina, the same guy who brought us the amazing OS X Pro Mod,  is by far one of the coolest we have seen so far.

The Desk PC Case Mod, features the actual PC inside the desk, and all the components can bee seen through the Plexiglas which acts as the desktop, Will has even built a separate enclosure to house all his hard drives. 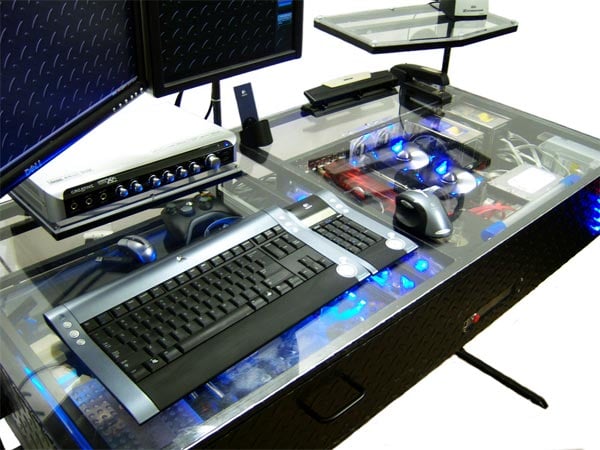 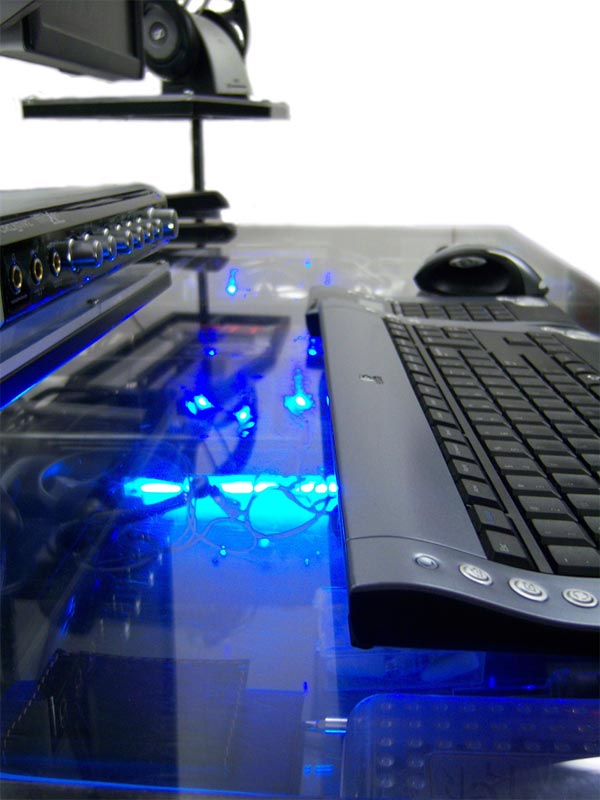 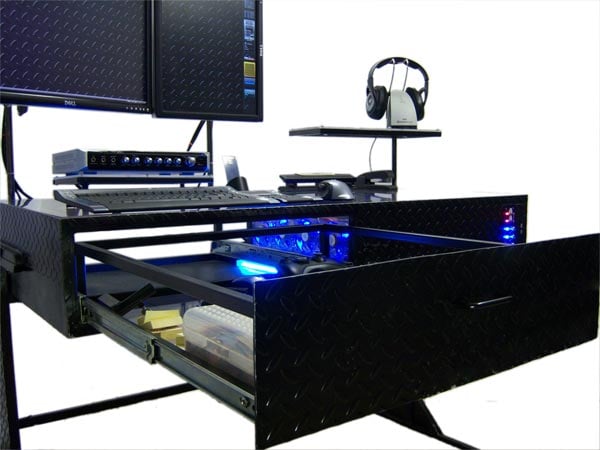 The Desk was my first computer case build. On one hand I wanted to have a really cool computer like some that I had seen with lights, Plexiglas windows, and that sort of thing. On the other hand I realized that my current computer sat on the floor by my table, usually acting as an ottoman, and was covered with scrapes and scuffs. I could set the case on my desk, but then with my keyboard and monitors there would be no room for anything else. My idea was to build a desk from scratch that would also act as the computer case.

The CPU would sit under a thick piece of Plexiglas. I would substitute the monitor stands with custom arms that extended from the very back of the desk, freeing up even more space. It would even have a large drawer like any other desk. This is my solution to a problem.

Amazing, definitely one of the coolest mods we have seen, head on over to WilluDesign for more photos and details on this awesome desk PC.