The Daily Mail yesterday published an article with the headline ‘Apple boss, Steve Jobs, reveals iPhone 4 may be recalled’, after they had read a tweet from a Twitter account that they thought belonged to the real Steve Jobs.

It was in fact a parody account, ceoSteveJobs, that was clearly stated on the twitter page, but this didn’t stop the Daily Mail publishing the story, which has now been removed from their website. 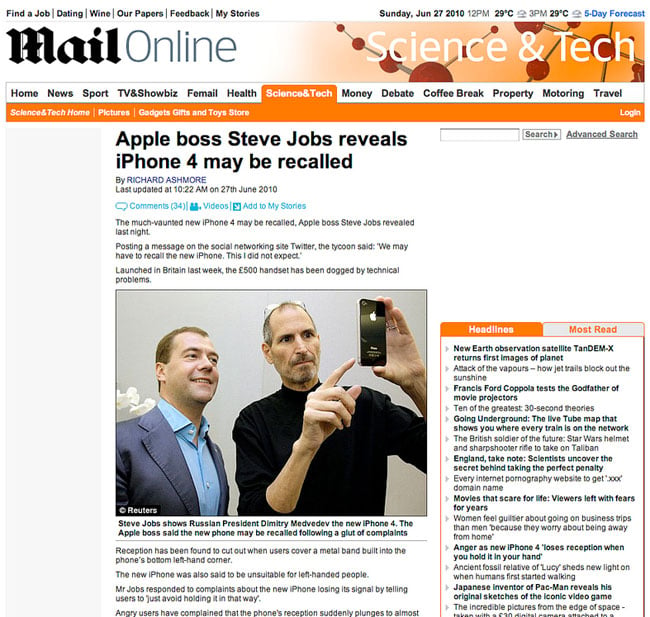 Luckily a few people managed to get screen shots of the article, before it was pulled, and you can see some of the article in the photo above. The Daily Mail now has the nickname ‘Daily Fail’ on Twitter.