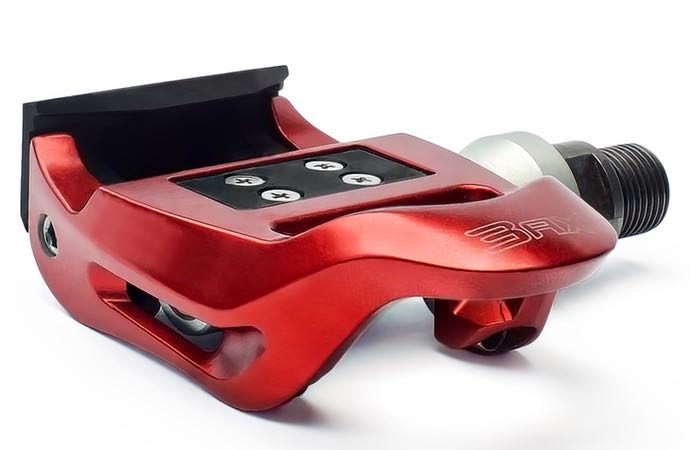 Cyclists that use clipless bike pedals to keep their feet firmly attached to your bike when riding, might be interested in a new system called 3ax that allow your feet to sway sideways.

The 3ax clipless bike pedals are the first to be able to allow this, and have been designed to provide riders with “revolutionary ergonomics for better performance” say its creators.

Watch the video below to learn more about the design and functionality of the new 3AX clipless pedals that are available in three colours and include a CNC finished extra high tensile aluminium casing. 3AX explains more about the benefits of their unique pedals :

“We love cycling – and that’s an understatement. Still, there’s one thing we never really liked: clipless pedals, no matter how many we tried. They all seemed to be designed for a machine, not for humans. At least not for those 96% who have a tendency to tilt their feet.

The evolution of road bikes over the last decades has been really impressive (lighter materials, better bike fitting, improved electronics), and we just felt pedals were lagging. It’s such a crucial part for optimum power transfer, so we set ourselves the goal to build the best pedal possible.

We also realized how widely anatomies and kinematics can differ between people, so we built a test team of more than 30 people, from avid amateurs to full-blown professionals, to gather their feedback. Their amazing support and critical comments helped us evolve from a clunky, Flinstonian prototype to the pedal we have today.”

For more information on the new 3AX clipless pedals jump over to the Kickstarter website for details ad to make a pledge from $199.