If you found a mysterious “Red Button” in the middle of the street would you have the courage to press it? Those that came across the button in a street in the Netherlands, got a little more than they bargained for. Watch the video after the jump to see it in action. 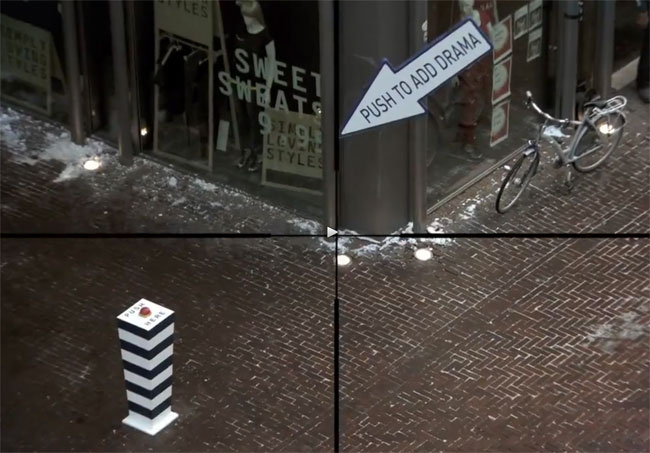 To launch TNT, they made a sequel to the viral hit video “A Dramatic Surprise on a Quiet Square” (look it up anywhere). On a cold winter’s day, somewhere in a Dutch shopping street. I have also embedded the original stunt beneath for you to reminisce or view for the first time. Enjoy!

To launch the high quality TV channel TNT in Belgium we placed a big red push button on an average Flemish square of an average Flemish town. A sign with the text “Push to add drama” invited people to use the button. And then we waited…