There is a possibility that you might not know about the Banner Saga yet. It’s a certainty that you’re worse off for it if that is the case. The Banner Saga is a Kickstarter-funded turn-based strategy adventure which seems like the reason Kickstarter was invented. How else would a 2D turn-based game about a Viking diaspora relying on a custom built motion-capture animation system  been built? 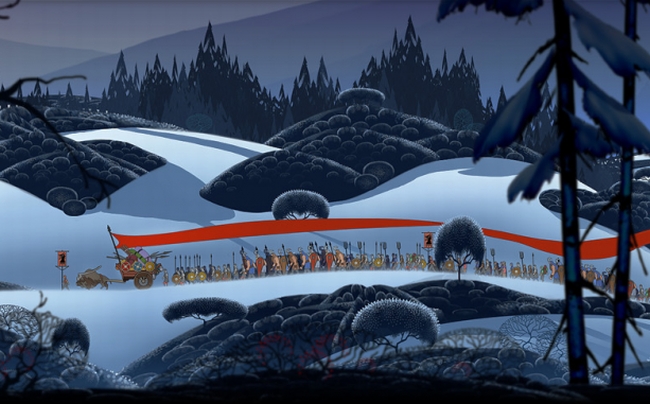 The game has hit its required initial $650k funding threshold earlier this year, but now that the $700k barrier has been brought low, PSN and XBLA ports seem to be in the cards, as well as some other stuff.

“In multiplayer,” the developer said, “players will control their own city, raising it from a modest village to a bustling city with visual customization and their guild crest flying on the walls. Over time, players can construct buildings that will allow them to recruit new units, trade for powerful items and ultimately fight for territory.”