Accessories for the Apple iPad are becoming more popular, we have featured quite a few different ones here at Geeky Gadgets, the latest is from designer Jonathan Danforth who has created a bamboo iPad wall mount called the Walet Mount.

The Walet Mount is made from bamboo, and it can be mounted on your wall and even has a VESA compliant mounting fitting so you can use it with a monitor arm. 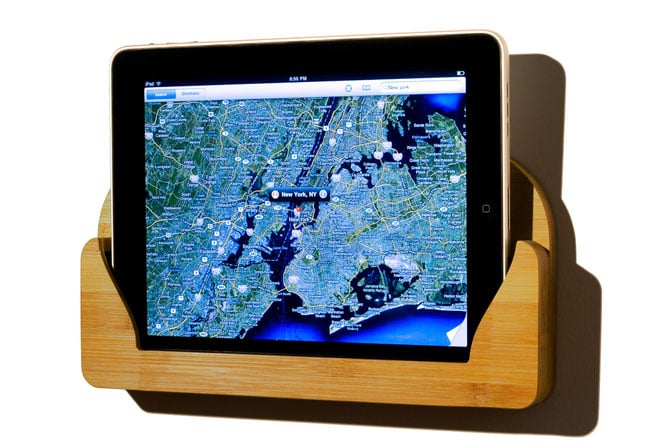 If you want one, the Walet iPad mount is available for $64.95, and the inventor has also uploaded the plans so you can download them and make one yourself.