We have seen a number of Apple gadgets covered in gold and diamonds courtesy of UK jeweler Stuart Hughes, now it seems he has turned his attention to Apple’s new iPad. 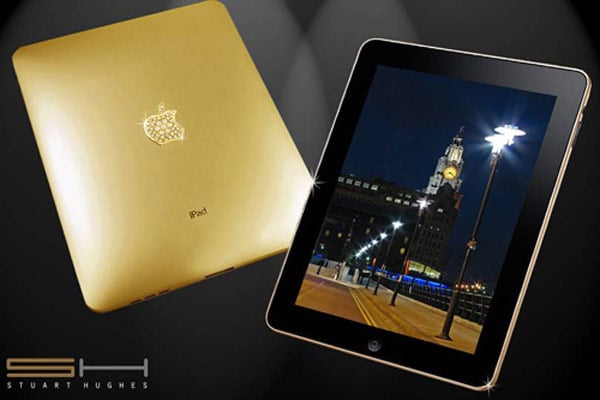