No, we weren’t plagiarizing dear old H.P. Lovecraft. But we did want your attention, because what you see pictured below is a very special project that transcends mere lifetimes. As the title indicates, it’s a 10,000 year clock. It ticks every year, every millennium, until the fateful ten thousand, when the ancient ones will awake from their sleep. 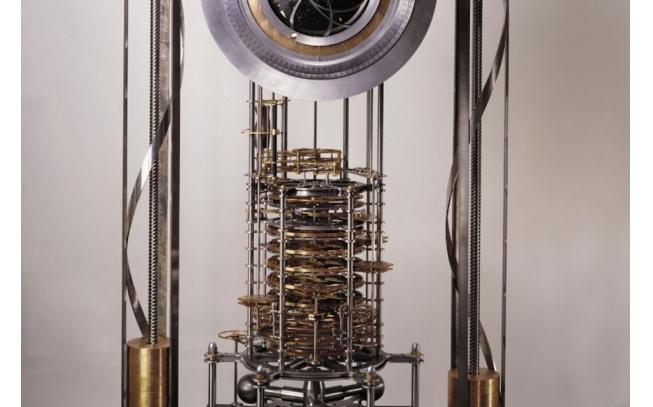 Nah, kidding on that last part. The people behind this are really passionate folks who want to teach an ageless lesson. They want to teach how important it is to have a sense of the long term. A sense of the infinite and forever. Most importantly, the machine is supposed to impart the value of ‘long term thinking.’ So hidden away in the mountain fastness of the Sierra Diablo range in West Texas is a rare project unlike anything that’s been built by the mind of man.

There the 10,000 year clock sits hidden deep within a tunnel. The way to it is hard, rugged, almost inaccessible at 2,000 feet above sea level. And in the darkness, the clock passes the millennia and centuries. Perhaps in another age in another time, those who will find it shall wonder about the mortal hands that built the device/ Will they ask: What kind of people were those who built this?

The idea was conceived in the late 80s and since then, a select few have brought together the necessary resources to make the clock a reality. As Jeff Bezos puts it, it was a guy named Danny Hillis who thought about the 10,000 year old clock. Oh yes, Mr. Jeff Bezos. The man has an open letter over at the 10,000 year clock’s official site.