I like the looks of the MacBook Air, but I’m not a big fan of the Mac operating system and certainly won’t shell out $1000 or more for the Air just because the machine looks cool. I bet there are several people out there that feel the same way. At Computex, a MacBook air clone surfaced from a company called THD. 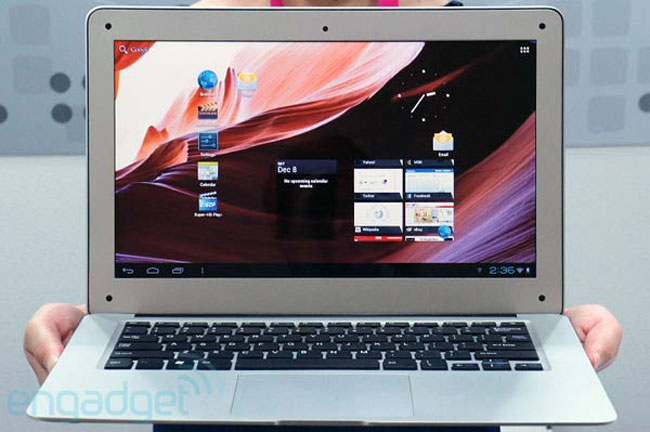 The machine is the N2-A and while it looks a lot like the MacBook Air, it’s actually and Android-powered knockoff. The machine would sell for about $149 each, if you paid for 500 of them at a time. The notebook has a 13.3-inch screen and uses a 1.2 GHz ARM Cortex A8 processor.

It also has 1 GB of RAM and 8 GB of SSD storage along with Wi-Fi and Bluetooth. It also has integrated Ethernet adapter and a pair of USB ports. The keyboard is a full-size QWERTY unit and the battery promises eight hours of run time per charge. A version the machine running an Intel Atom processor and Windows 7 is also available.