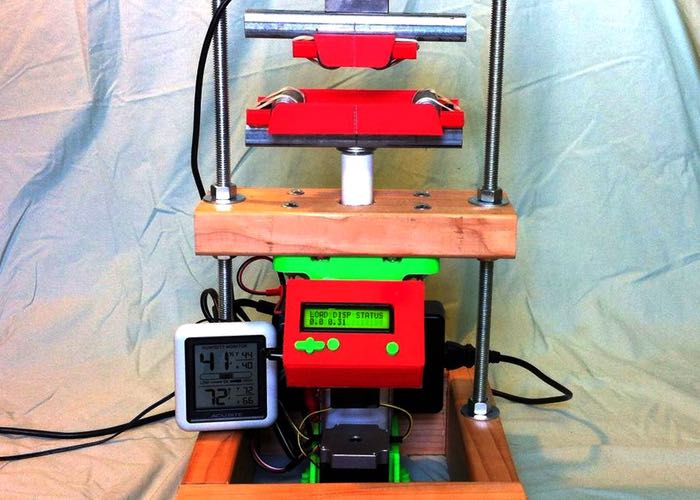 As 3D printing becomes more and more popular a wide variety of tools are now being created for cleaning, testing and finishing 3D prints that have been created using desktop 3D printers.

One such creation is the new Testrbot, that has been created to provide a 3D printed Universal Test Machine (UTM) that tests the mechanical properties of a 3D printed object.

The Testrbot has been developed by Michael Graham, a mechanical engineer and is capable of applying up to 200lbs of compression on your 3D prints to see if they are up to the job.

Details of the project have been published on the Intructables website and Graham’s own website located at Engineerdog.com via the link below. The Testrbot can be constructed for around $300 but only directly measures force and displacement as Michael explains :

“The displacement measurement resolution is insane. TestrBot can measure distance increments of .00014” or about 1/28th the thickness of a sheet of paper,”-“the force readings are a bit more limited due to the 10bit Arduino; the smallest force it can measure is .195 lbs. Still though, that was small enough to produce [a] sexy smooth graph…”

“The really interesting stuff is yet to come,”-“When I print out a lot more specimens that are slightly different from the first so I can isolate the effect of individual variables. At that point having a graph will make the effects of minor design changes very clear.”

For more information on the new Testrbot 3D printed testing system jump over to the websites for details via the links below.